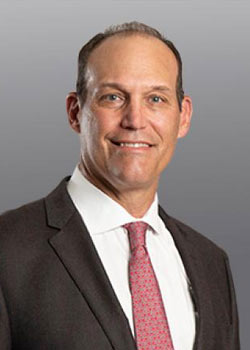 Dr. Dossett attended medical school at the University of Texas Southwestern Medical School in Dallas. After graduating, he completed a University of Texas Southwestern Medical School orthopedic residency at Parkland Hospital and affiliated hospitals. As a resident, Dr. Dossett presented papers at a number of national medical conferences on trauma research conducted at Parkland Hospital.

After completing his residency, Dr. Dossett was awarded a one-year fellowship in spine surgery under Robert Watkins, MD at the renowned Kerlan-Jobe Orthopedic Clinic in Los Angeles, California.

Dr. Dossett is a Fellow of the American Academy of Orthopedic Surgery. He is a certified member of the American Board of Orthopedic Surgery and is an active member of the North American Spine Society. In addition, Dr. Dossett is a member of the National Football League Team Physicians and the Major League Baseball Team Physicians. He currently is a spine consultant for the Dallas Cowboys Football Club, the Texas Rangers Baseball Club and the Dallas Stars Hockey Club. Dr. Dossett also serves as a consultant to numerous Division I athletic programs in treating their athletes that have spinal disorders.

Dr. Dossett is the author of numerous articles on fusions in the lumbar spine, as well as neck injuries in athletes, and presents on a national basis for athletic injuries to both the cervical and lumbar spine.

Dr. Dossett is married and is the proud father of six children. He enjoys spending time with his family and, in his free time, thinks about playing golf.

Treatment of Back & Neck Injuries